Whether you're a teen, have a teenager in your life, or just enjoy teen reads, these titles are for you! Each month LPLS staff create a list of new releases that they recommend. 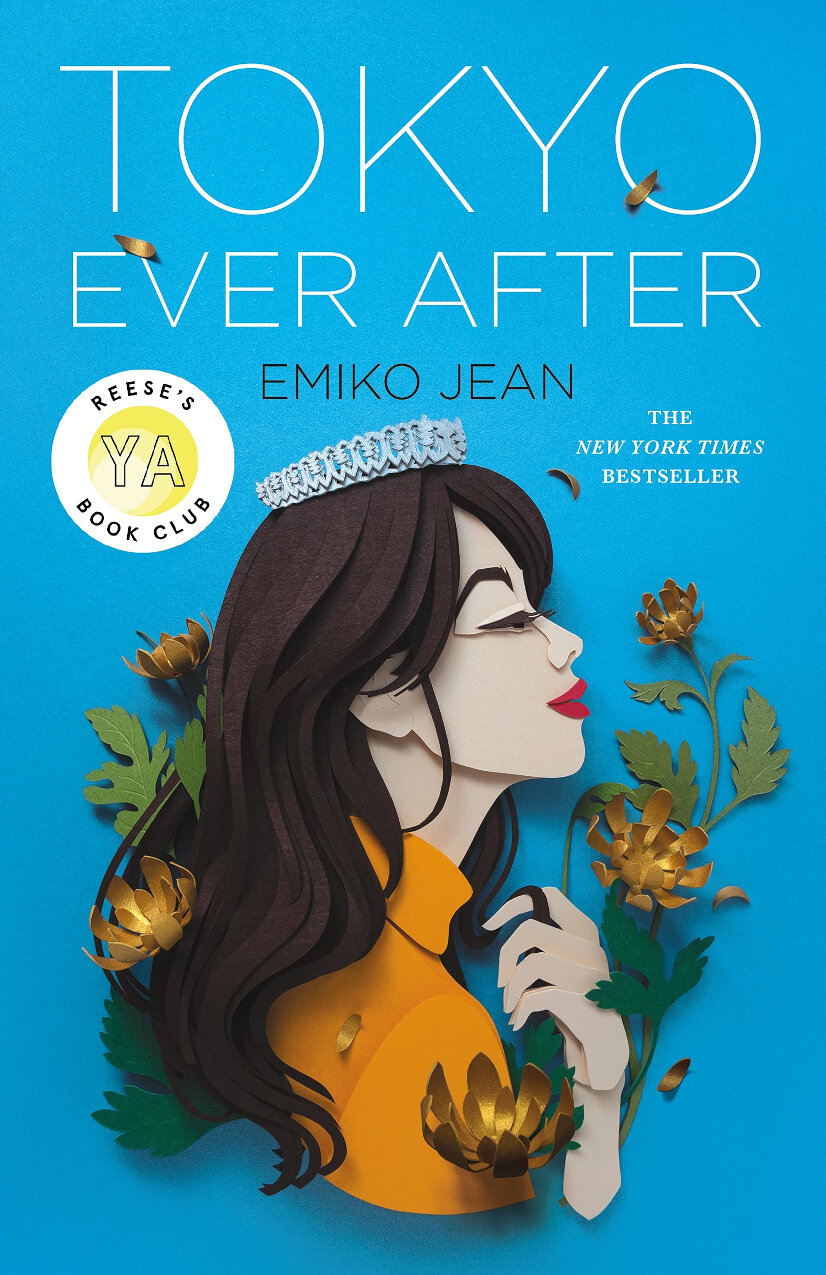 “Tokyo Ever After” by Emiko Jean

Izumi Tanaka has never really felt like she fit in―it isn’t easy being Japanese American in her small, mostly white, northern California town. Raised by a single mother, it’s always been Izumi―or Izzy, because “It’s easier this way”―and her mom against the world. But then Izumi discovers a clue to her previously unknown father’s identity…and he’s none other than the Crown Prince of Japan. Which means outspoken, irreverent Izzy is literally a princess.

In a whirlwind, Izumi travels to Japan to meet the father she never knew and discover the country she always dreamed of. But being a princess isn’t all ball gowns and tiaras. There are conniving cousins, a hungry press, a scowling but handsome bodyguard who just might be her soulmate, and thousands of years of tradition and customs to learn practically overnight.

Izumi soon finds herself caught between worlds, and between versions of herself―back home, she was never “American” enough, and in Japan, she must prove she’s “Japanese” enough. Will Izumi crumble under the weight of the crown, or will she live out her fairy tale, happily ever after? 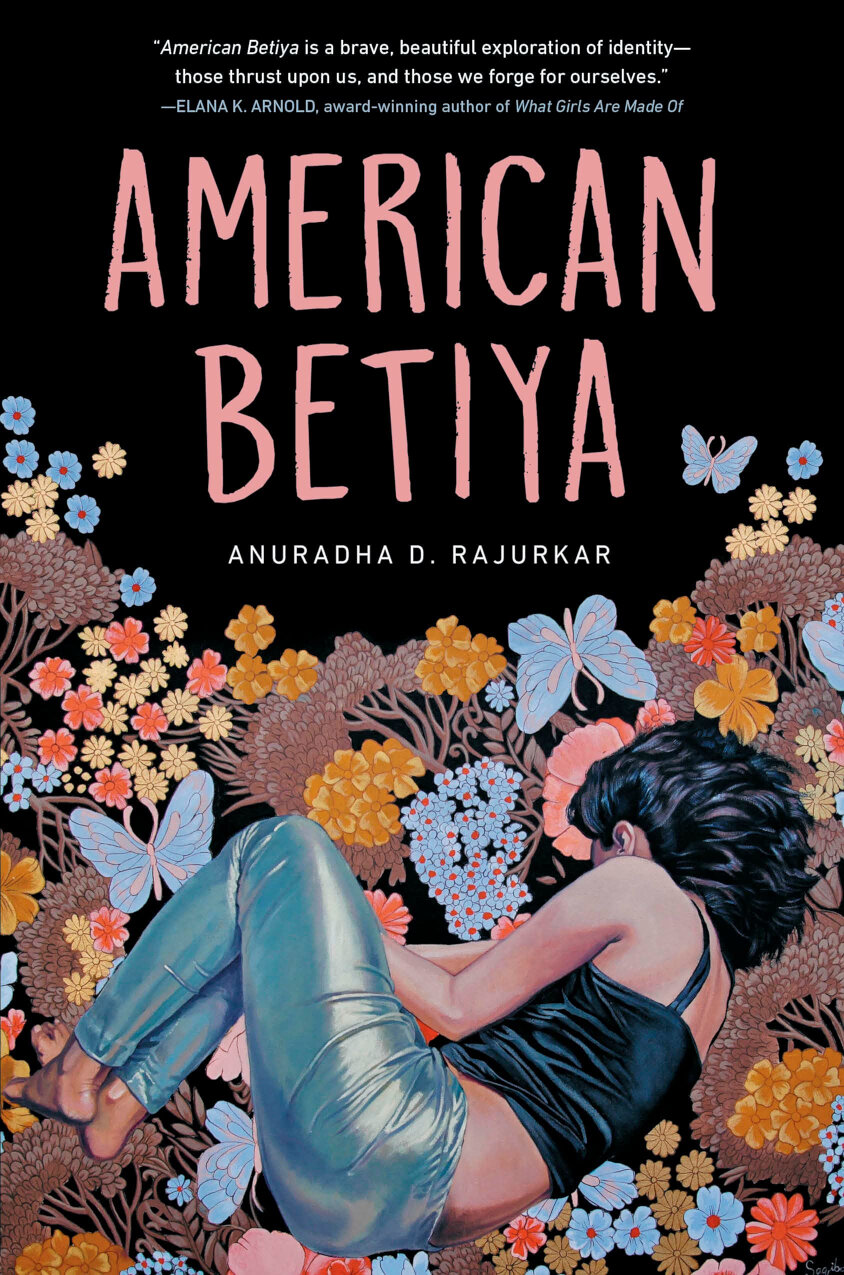 Rani Kelkar has never lied to her parents, until she meets Oliver. The same qualities that draw her in--his tattoos, his charisma, his passion for art--make him her mother's worst nightmare.

They begin dating in secret, but when Oliver's troubled home life unravels, he starts to ask more of Rani than she knows how to give, desperately trying to fit into her world, no matter how high the cost. When a twist of fate leads Rani from Evanston, Illinois to Pune, India for a summer, she has a reckoning with herself--and what's really brewing beneath the surface of her first love. 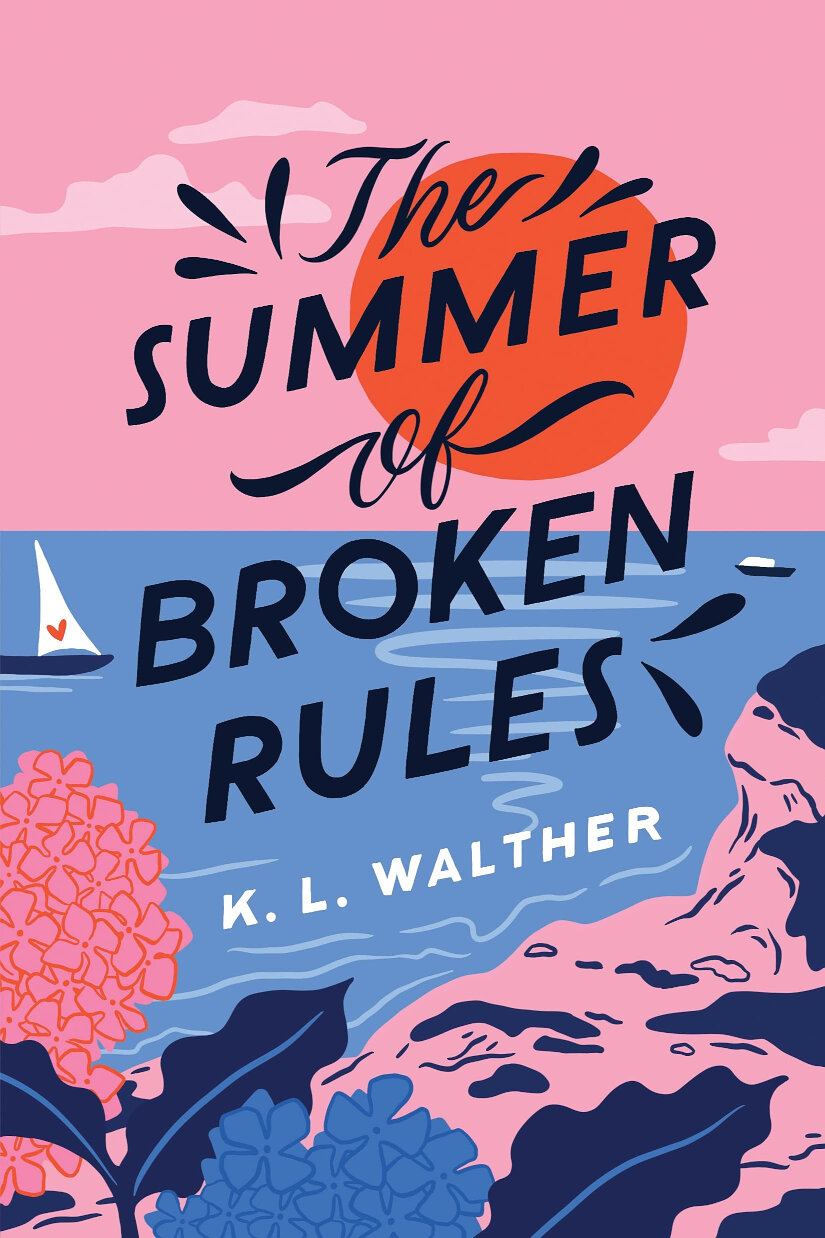 “The Summer of Broken Rules” by K.L. Walther

When Meredith Fox lost her sister, Claire, eighteen months ago, she shut everyone out. But this summer she's determined to join the world again.

The annual family vacation to Martha's Vineyard seems like the perfect place to reconnect. Her entire extended family is gathering for a big summer wedding, and although Meredith is dateless after being unexpectedly dumped, she's excited to participate in the traditional Fox family game of assassin that will take place during the week of wedding festivities. Claire always loved the game, and Meredith is determined to honor her legacy.

But when Meredith forms an assassin alliance with a cute groomsman, she finds herself getting distracted. Meredith tries to focus on the game and win it for her sister, but she can't help falling for him. And as the week progresses, she realizes she's not only at risk of losing the game, but also her heart. 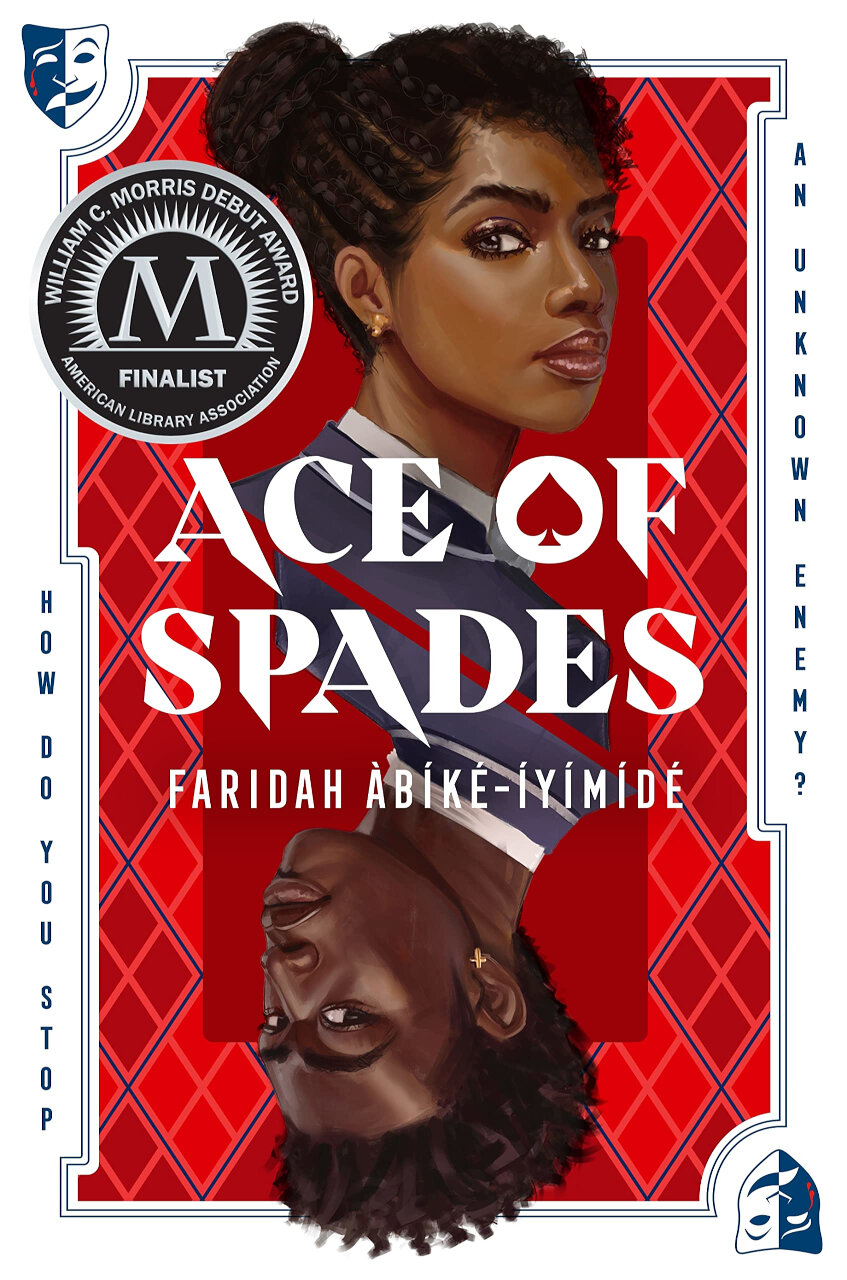 “Ace of Spades” by Faridah Abike-Iyinide

When two Niveus Private Academy students, Devon Richards and Chiamaka Adebayo, are selected to be part of the elite school’s senior class prefects, it looks like their year is off to an amazing start. After all, not only does it look great on college applications, but it officially puts each of them in the running for valedictorian, too.

Shortly after the announcement is made, though, someone who goes by Aces begins using anonymous text messages to reveal secrets about the two of them that turn their lives upside down and threaten every aspect of their carefully planned futures.

As Aces shows no sign of stopping, what seemed like a sick prank quickly turns into a dangerous game, with all the cards stacked against them. Can Devon and Chiamaka stop Aces before things become incredibly deadly? 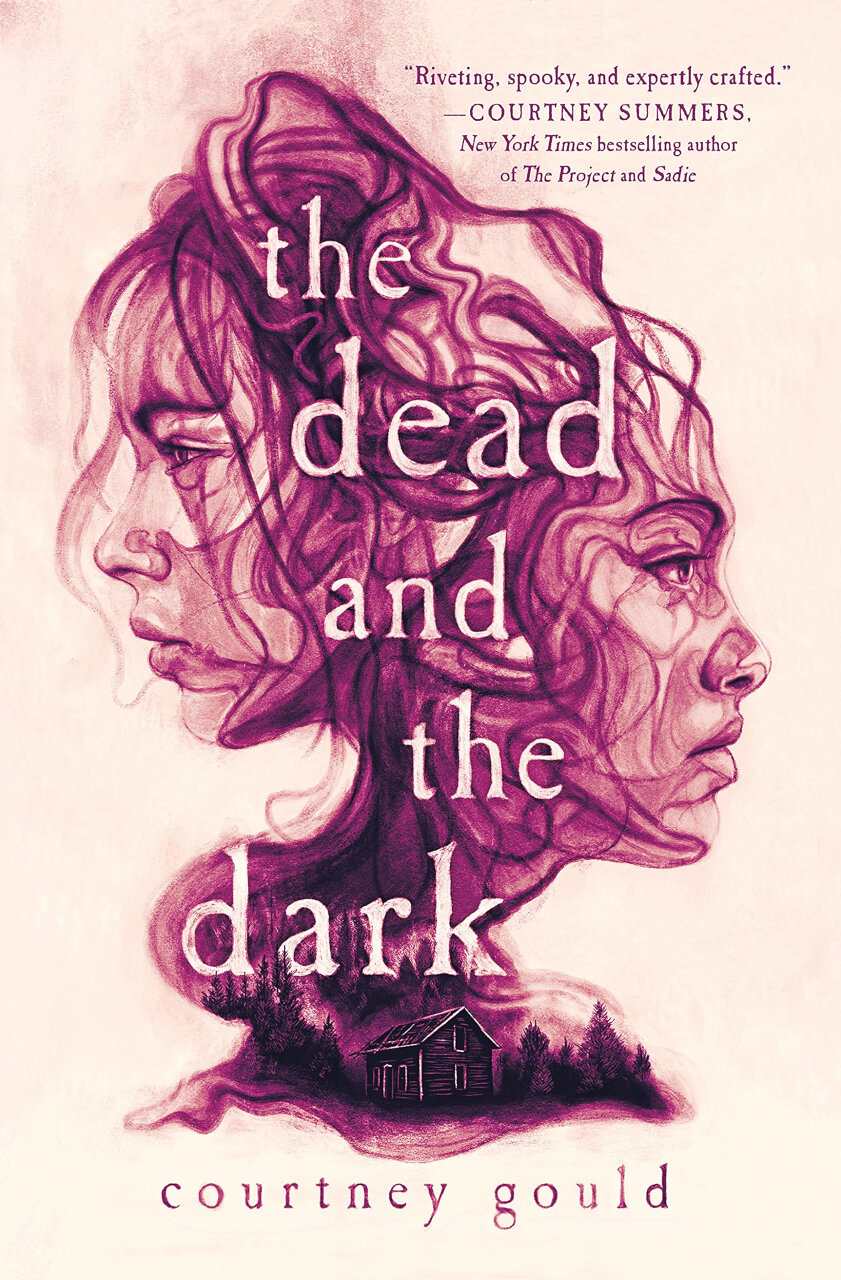 “The Dead and the Dark” by Courtney Gould

Something is wrong in Snakebite, Oregon. Teenagers are disappearing, some turning up dead, the weather isn’t normal, and all fingers point to TV’s most popular ghost hunters who have just come to town.

Logan Ortiz-Woodley, daughter of TV's ParaSpectors, has never been to Snakebite before. But the moment she and her dads arrive, she starts to get the feeling that there's more than ghosts plaguing this small town. Ashley Barton’s boyfriend was the first teen to go missing, and she’s felt his ghost following her ever since. Although everyone shuns the Ortiz-Woodleys, the mysterious Logan may be the only person who can help Ashley get some answers.

When Ashley and Logan team up to figure out who―or what―is haunting Snakebite, their investigation reveals truths about the town, their families, and themselves that neither of them are ready for. As the danger intensifies, they realize that their growing feelings for each other could be a light in the darkness. 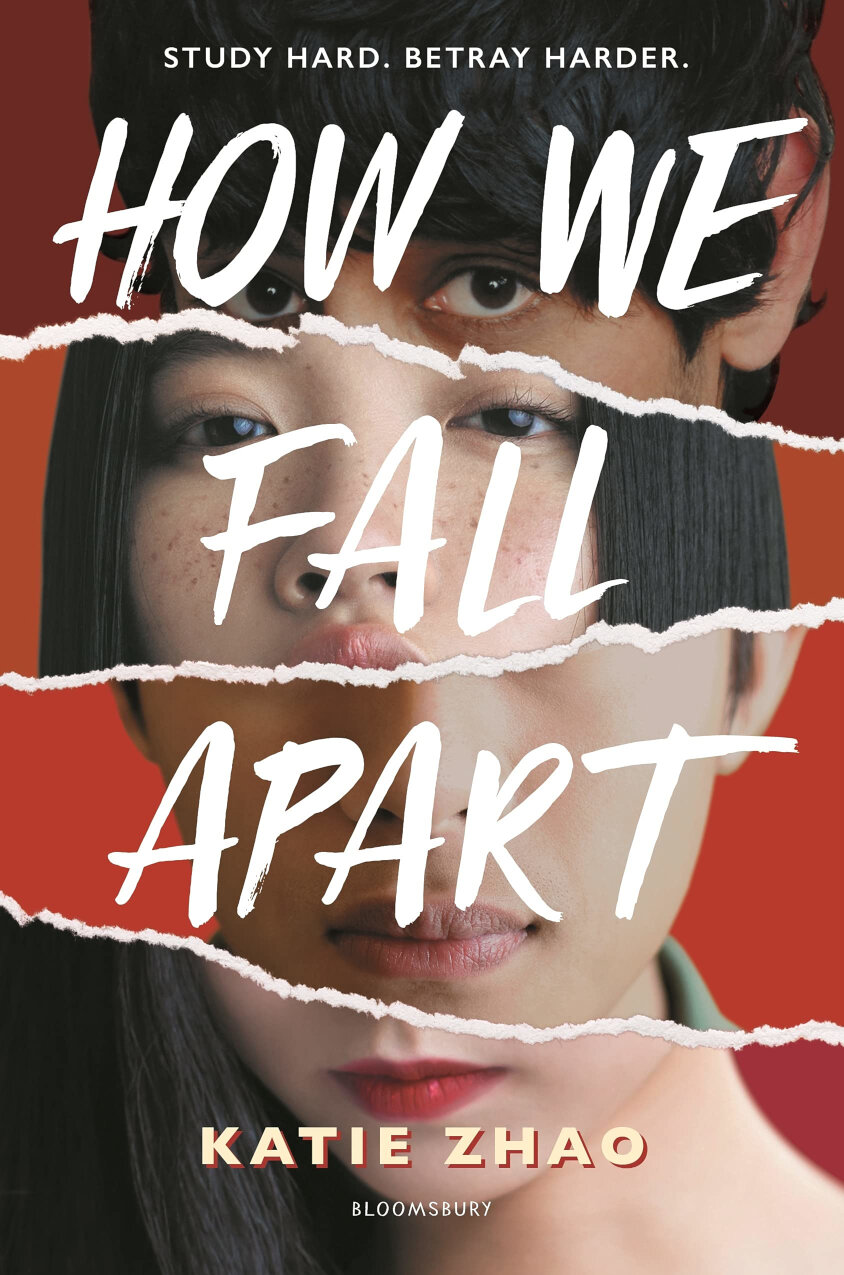 “How We Fall Apart” by Katie Zhao

Nancy Luo is shocked when her former best friend, Jamie Ruan, top-ranked junior at Sinclair Prep, goes missing, and then is found dead. Nancy is even more shocked when word starts to spread that she and her friends--Krystal, Akil, and Alexander--are the prime suspects, thanks to "the Proctor," someone anonymously incriminating them via the school's social media app.

They all used to be Jamie's closest friends, and she knew each of their deepest, darkest secrets. Now, somehow the Proctor knows them, too. The four must uncover the true killer before The Proctor exposes more than they can bear and costs them more than they can afford, like Nancy's full scholarship. Soon, Nancy suspects that her friends may be keeping secrets from her, too. 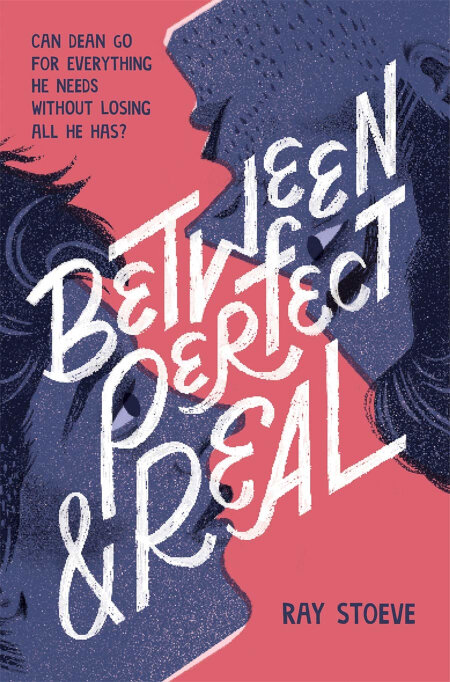 “Between Perfect and Real” by Ray Stoeve

Dean Foster knows he’s a trans guy. He’s watched enough YouTube videos and done enough questioning to be sure. But everyone at his high school thinks he’s a lesbian—including his girlfriend Zoe, and his theater director, who just cast him as a “nontraditional” Romeo. He wonders if maybe it would be easier to wait until college to come out. But as he plays Romeo every day in rehearsals, Dean realizes he wants everyone to see him as he really is now––not just on the stage, but everywhere in his life. Dean knows what he needs to do. Can playing a role help Dean be his true self? 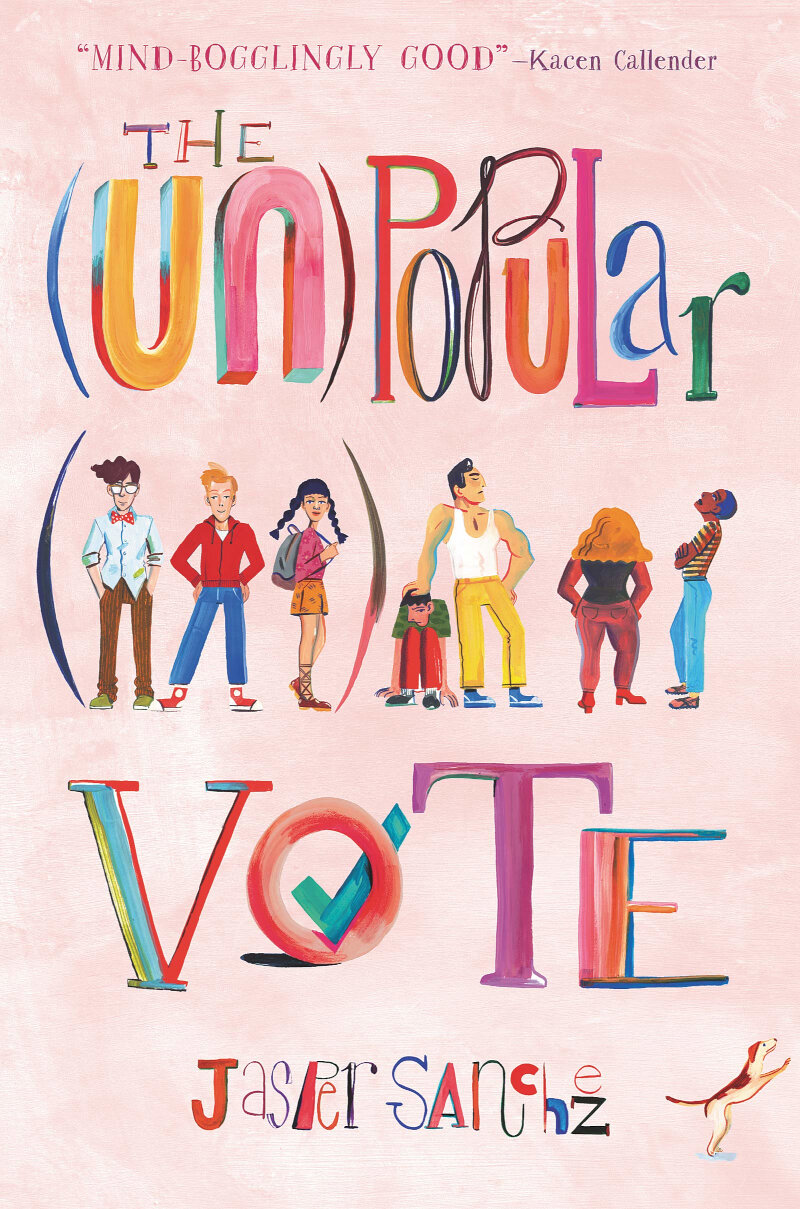 “The Unpopular Vote” by Jasper Sanchez

Optics can make or break an election. Everything Mark knows about politics, he learned from his father, the Congressman who still pretends he has a daughter and not a son.

Mark has promised to keep his past hidden and pretend to be the cis guy everyone assumes he is. But when he sees a manipulatively charming candidate for student body president inflame dangerous rhetoric, Mark risks his low profile to become a political challenger.

The problem? No one really knows Mark. He didn’t grow up in this town, and his few friends are all nerds. Still, thanks to Scandal and The West Wing, they know where to start: from campaign stops to voter polling to a fashion makeover.

Soon Mark feels emboldened to engage with voters—and even start a new romance. But with an investigative journalist digging into his past, a father trying to silence him, and the bully frontrunner standing in his way, Mark will have to decide which matters most: perception or truth, when both are just as dangerous. 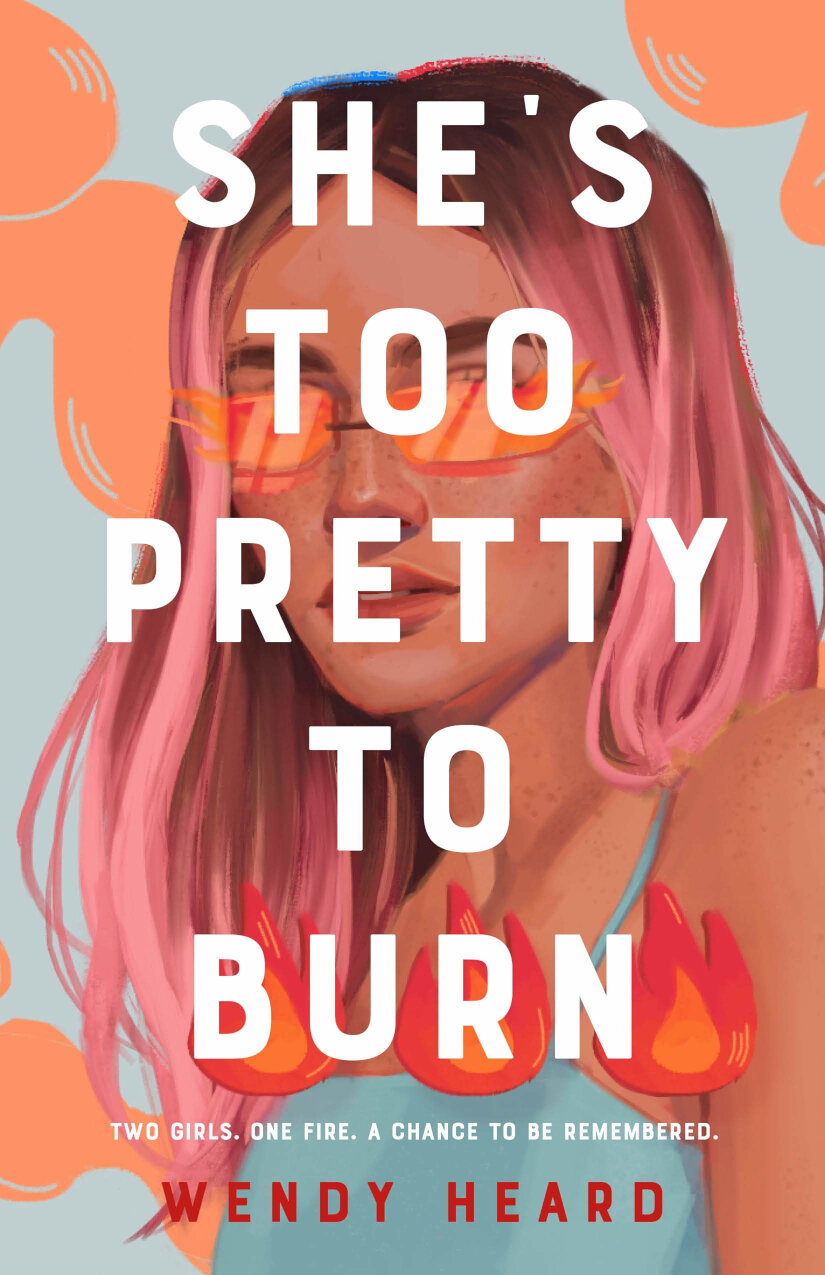 “She’s Too Pretty to Burn” by Wendy Heard

The summer is winding down in San Diego. Veronica is bored, caustically charismatic, and uninspired in her photography. Nico is insatiable, subversive, and obsessed with chaotic performance art. They’re artists first, best friends second. But that was before Mick. Delicate, lonely, magnetic Mick: the perfect subject, and Veronica’s dream girl. The days are long and hot―full of adventure―and soon they are falling in love. Falling so hard, they never imagine what comes next. One fire. Two murders. Three drowning bodies. One suspect…one stalker. This is a summer they won’t survive. 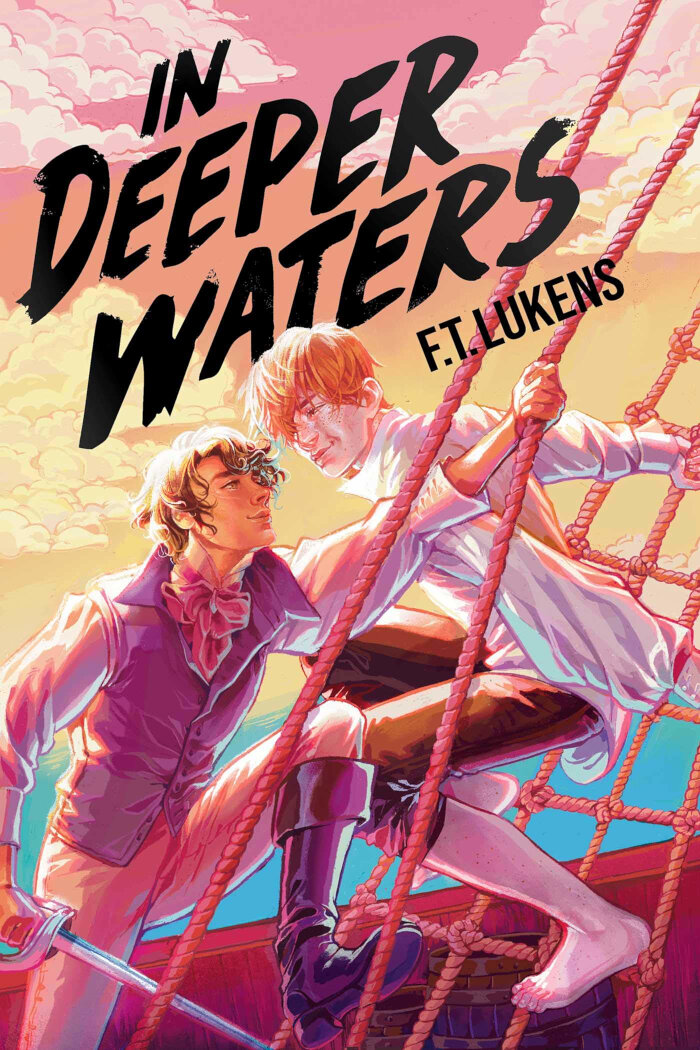 “In Deeper Waters” by F.T. Lukens

Prince Tal has long awaited his coming-of-age tour. After spending most of his life cloistered behind palace walls as he learns to keep his forbidden magic secret, he can finally see his family’s kingdom for the first time. His first taste of adventure comes just two days into the journey, when their crew discovers a mysterious prisoner on a burning derelict vessel.

Tasked with watching over the prisoner, Tal is surprised to feel an intense connection with the roguish Athlen. So when Athlen leaps overboard and disappears, Tal feels responsible and heartbroken, knowing Athlen could not have survived in the open ocean.

That is, until Tal runs into Athlen days later on dry land, very much alive, and as charming—and secretive—as ever. But before they can pursue anything further, Tal is kidnapped by pirates and held ransom in a plot to reveal his rumored powers and instigate a war. Tal must escape if he hopes to save his family and the kingdom. And Athlen might just be his only hope… 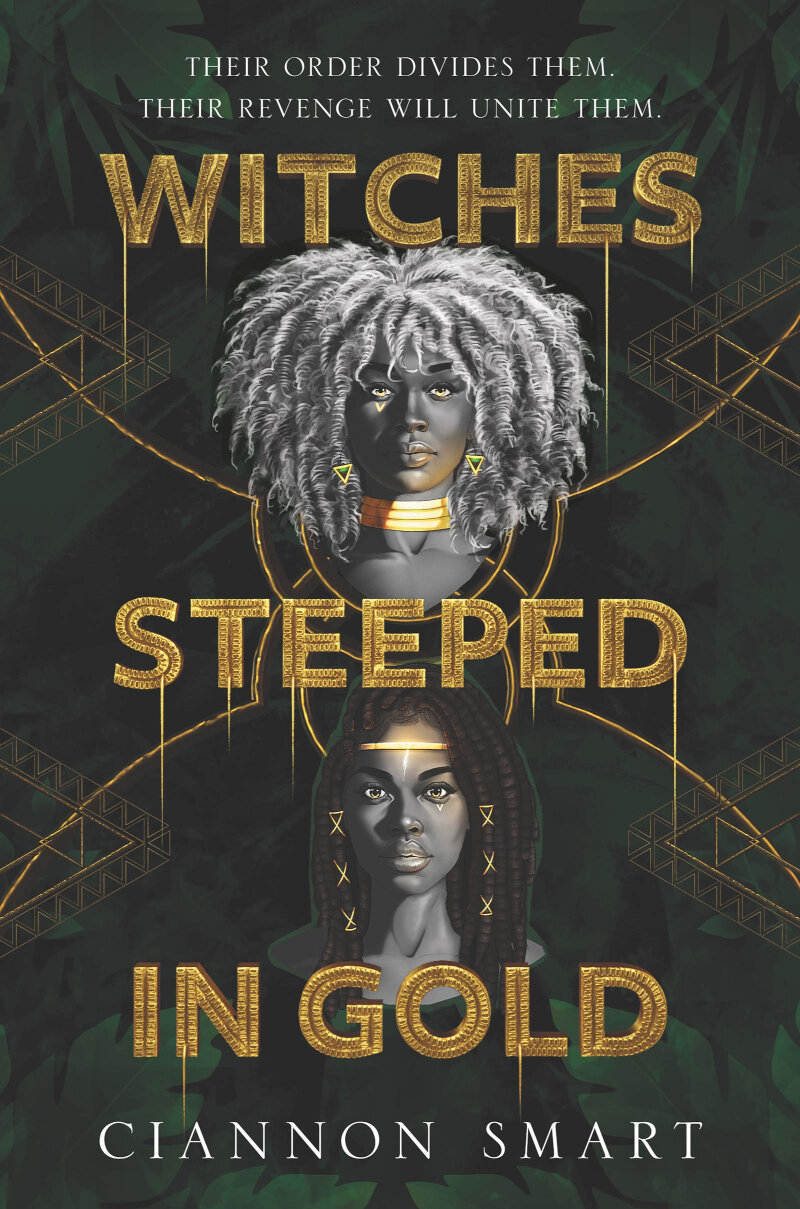 Iraya has spent her life in a cell, but every day brings her closer to freedom—and vengeance.

Jazmyne is the Queen’s daughter, but unlike her sister before her, she has no intention of dying to strengthen her mother’s power.

Sworn enemies, these two witches enter a precarious alliance to take down a mutual threat. But power is intoxicating, revenge is a bloody pursuit, and nothing is certain—except the lengths they will go to win this game. 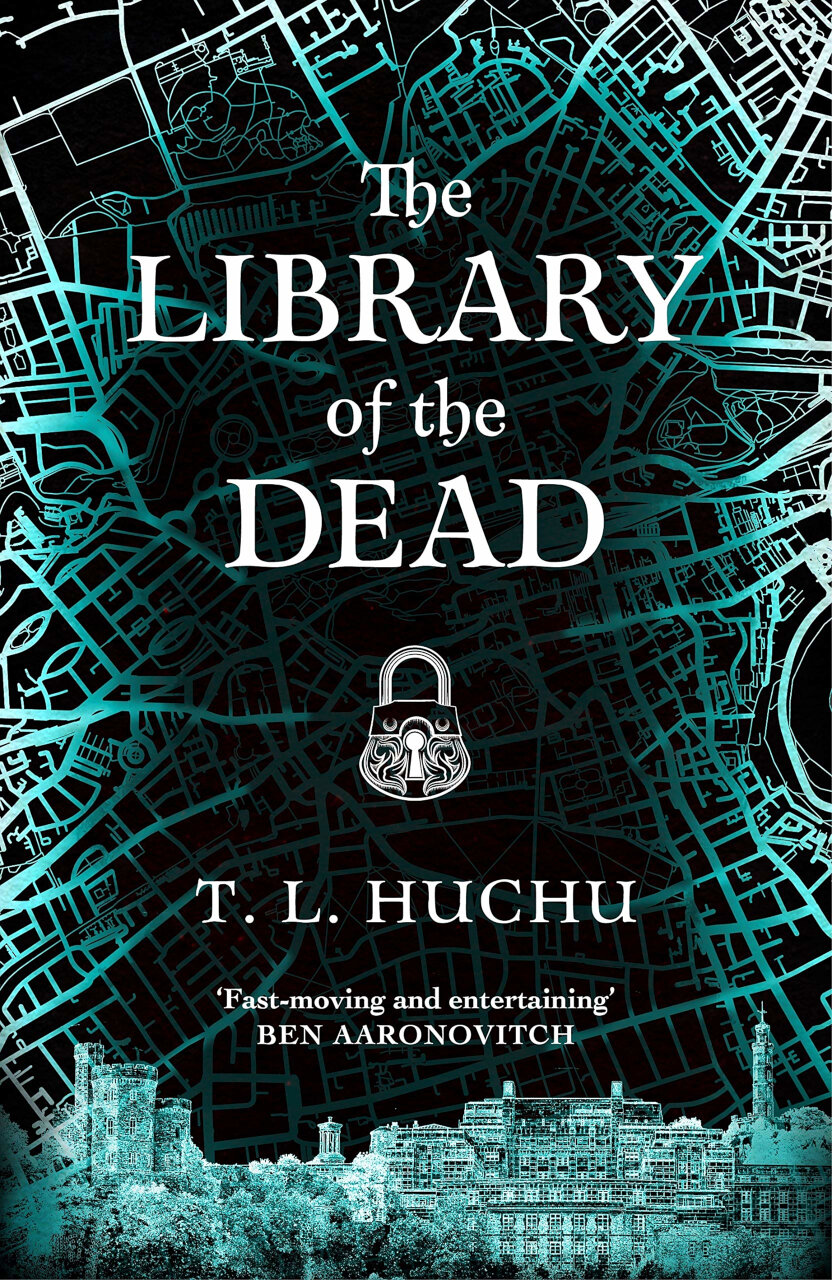 “The Library of the Dead” by T.L. Huchu

Ropa dropped out of school to become a ghostalker – and they sure do love to talk. Now she speaks to Edinburgh’s dead, carrying messages to those they left behind. A girl’s gotta earn a living, and it seems harmless enough. Until, that is, the dead whisper that someone’s bewitching children – leaving them husks, empty of joy and strength. It’s on Ropa’s patch, so she feels honor-bound to investigate. But what she learns will rock her world.

Ropa will dice with death as she calls on Zimbabwean magic and Scottish pragmatism to hunt down clues. And although underground Edinburgh hides a wealth of dark secrets, she also discovers an occult library, a magical mentor and some unexpected allies.

Yet as shadows lengthen, will the hunter become the hunted? 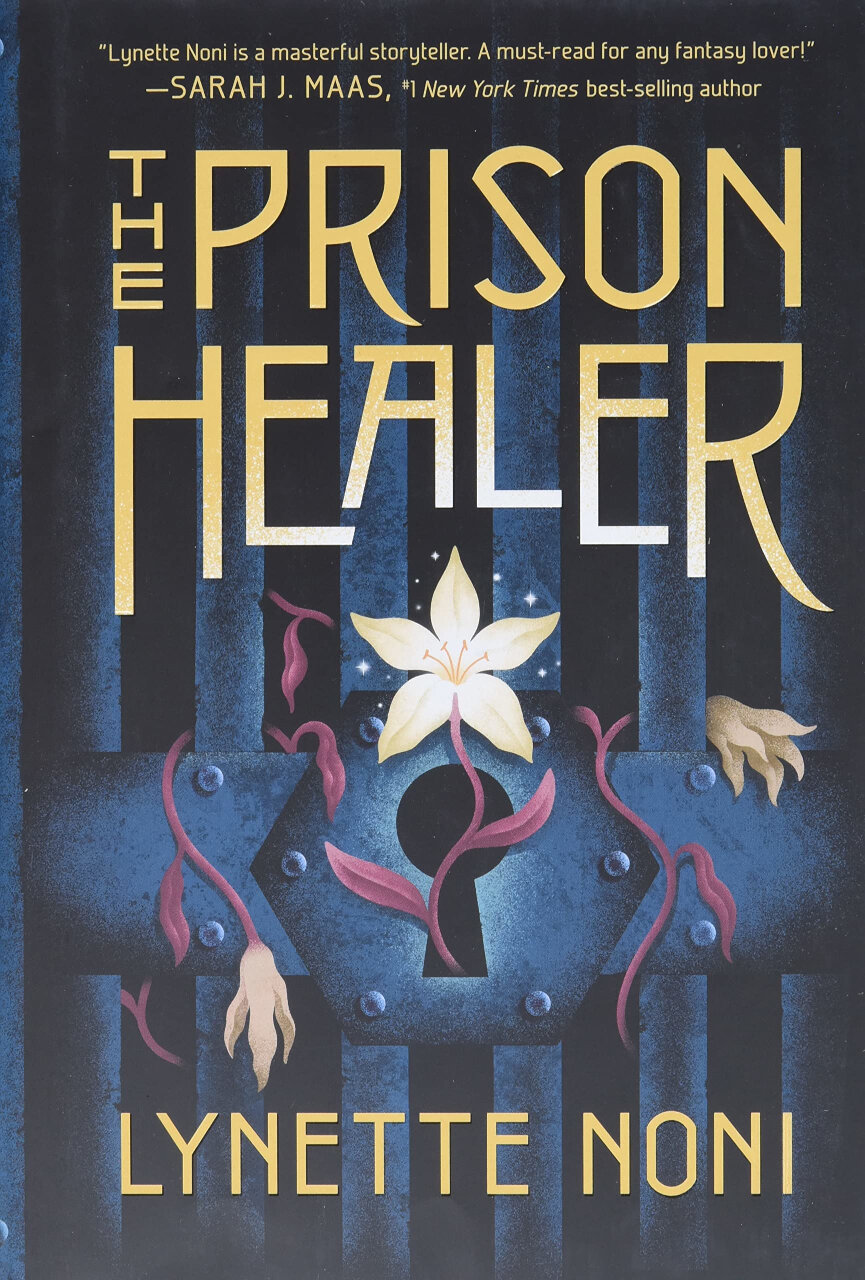 “The Prison Healer” by Lynette Noni

Seventeen-year-old Kiva Meridan has spent the last ten years fighting for survival in the notorious death prison, Zalindov, working as the prison healer.

When the Rebel Queen is captured, Kiva is charged with keeping the terminally ill woman alive long enough for her to undergo the Trial by Ordeal: a series of elemental challenges against the torments of air, fire, water, and earth, assigned to only the most dangerous of criminals.

Then a coded message from Kiva’s family arrives, containing a single order: “Don’t let her die. We are coming.” Aware that the Trials will kill the sickly queen, Kiva risks her own life to volunteer in her place. If she succeeds, both she and the queen will be granted their freedom.

But no one has ever survived.

With an incurable plague sweeping Zalindov, a mysterious new inmate fighting for Kiva’s heart, and a prison rebellion brewing, Kiva can’t escape the terrible feeling that her trials have only just begun. 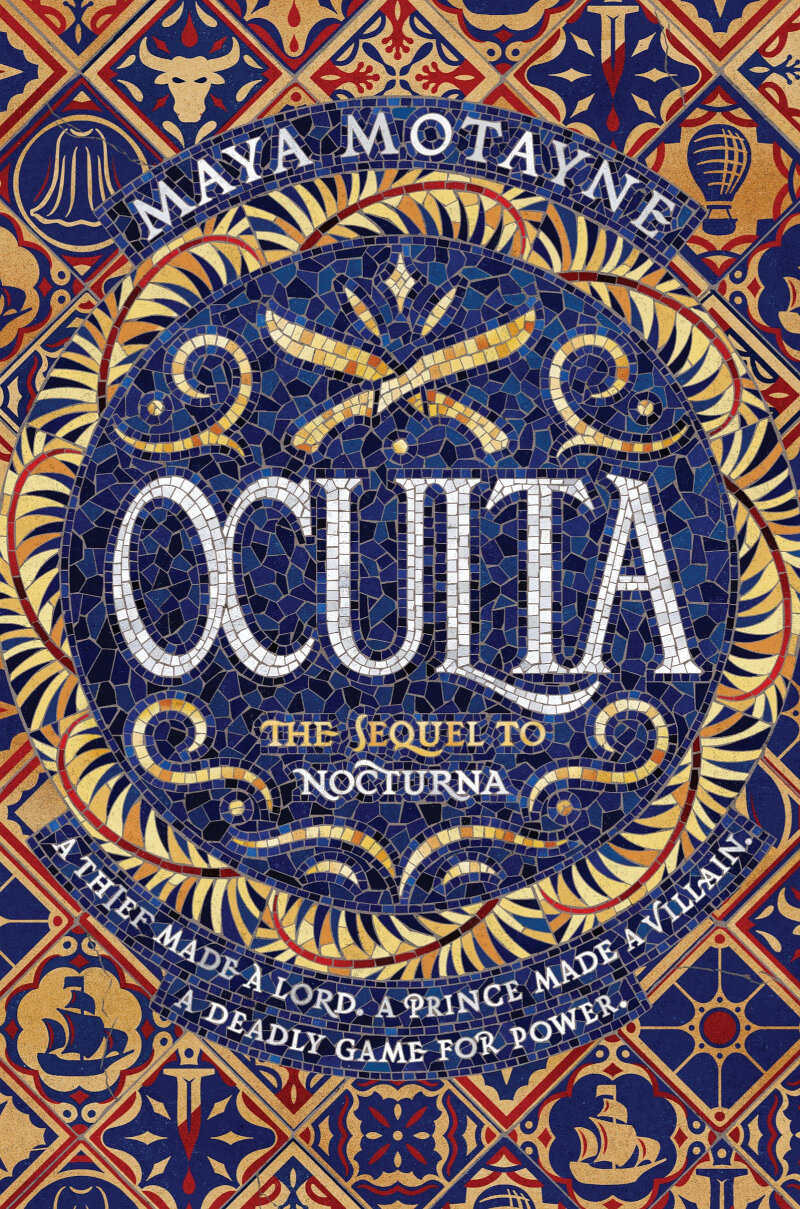 After joining forces to save Castallan from an ancient magical evil, Alfie and Finn haven’t seen each other in months. Alfie is finally stepping up to his role as heir and preparing for an International Peace Summit, while Finn is traveling and reveling in her newfound freedom from Ignacio.

That is, until she’s unexpectedly installed as the new leader of one of Castallan’s powerful crime syndicates.

Just when Finn finds herself back in San Cristobal, Alfie’s plans are also derailed. The mysterious organization responsible for his brother’s murder has resurfaced—and their newest target is the summit. And when these events converge, Finn and Alfie are once again forced to work together to follow the assassins’ trail and preserve Castallan’s hopes for peace with Englass.

But will they be able to stop these sinister foes before a new war threatens their kingdom?